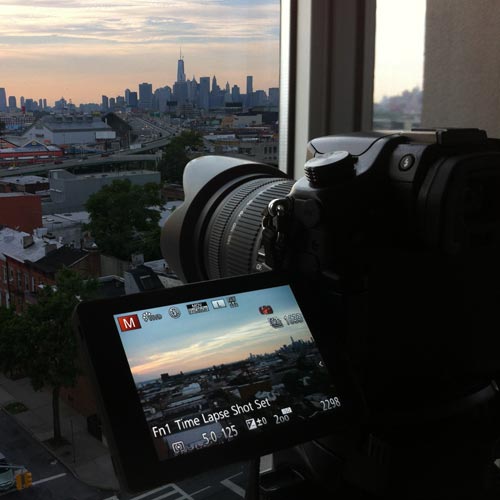 Panasonic Lumix GH3 has a lot of quirks, but it produces stunning HD video images.

This is primarily a list of missing features in the Panasonic Lumix GH3 DSLM camera that I would like to see addressed in a firmware update, plus a few ideas for the next generation of the camera (GH4 or GH5). The list pertains primarily to the video functionality of the camera, which is what makes this camera a standout.

I considered ordering a Blackmagic Pocket Cinema Camera instead of the GH3, but I ended up going with Panasonic for a variety of reasons, not the least of which is that this camera is actually shipping (even overnight!).

I also very much appreciate the GH3’s ability to shoot 60 frames-per-second at full 1080p HD, and, although I use this hybrid camera primarily for video, I’m impressed by the the 16 MP RAW still capabilities as well.

Both the GH3 and BMCC sport active Micro Four Thirds lens mounts, a system that offers more versatility and more affordable lenses than Canon’s APS-C or EF (while still allowing you to use those lenses with adaptors). The Lumix GH3 edges out the Blackmagic Pocket and Cinema cameras with a true Micro Four Thirds size sensor, which is larger than “Super 16.” Both sensors are significantly larger than a typical point-and-shoot.

1080p60 is still a rare animal and wonderful feature in the GH3. Neither the Canon 5D nor 7D has it, which is a major failing at this point, because I shoot 60fps whenever I can. I’m an editor at heart and the high frame rate gives me the most creative freedom in post. Sure, I like to get things right “in camera,” but 60fps has few drawbacks while allowing me to apply pristine slow motion to any clip.

For online delivery such as Vimeo, I generally export the final cut at 30 fps. This looks best to me on standard 60Hz computer screens and televisions and is a seamless export from 60fps source material. And whereas exporting 30fps material at 24fps looks terrible, 24fps is still an acceptable option with 60fps source material.

So I’m clearly impressed by the GH3 so far, but I do have a few gripes. And what good are gripes if you don’t bitch about them publicly?

One would think that the successor to the Lumix GH3 would be the Lumix GH4, but apparently 4 is an unlucky number in Japanese culture. So according to some rumors (probably false), the next camera in this line is more likely to be the GH5. If that’s true, it disturbs me that a silly number superstition would influence the production of a piece of technology that is so reliant upon, well, math. I’m assuming Panasonic isn’t going to ignore the emergence of 4K on those same grounds. Maybe they’ll just call it 2Kx2.

In any case, my GH4 wish list should be considerably longer, but here are a few advancements that I would really like to see.