Chris Crisman is a commercial photographer specializing in environmental portraiture. View more of his stunning work at crismanphoto.com.

Earlier this year we shared a handful of photos and stories from our experience shooting in the remote and beautiful Escalante region of Utah for The Nature Conservancy. In addition to the still photos, we captured video and interviewed key players in the conservation effort going on in the region. We were tasked with the unique job of creating a piece that not only highlighted the voices of the people in the region, but also starred the Escalante River and the ecosystem around it as a main character — one who the cast of characters we encountered are all trying to strengthen and preserve.

With Chris Crisman as director, the talented filmmaker Shea Roggio as our camera operator and yours truly running field audio, we were ready for anything and willing to capture whatever the Escalante had for us — and as usual we have the behind the scenes to prove it.

As with any video, we owe credit where it is due, and a whole host of credit is owed to our very talented editor, Dax Roggio of Packafoma Philms. Even though Dax wasn’t out in the wilds with us, he combed through every last bit of footage and transformed the raw product into what you see to day. I couldn’t think of anyone better to help tell the story.

Robert: What was the most unexpected part of the footage?

Dax: Because I wasn’t on location for this shoot, there were many pleasant surprises when I first viewed the footage, but the most unexpected moments were from the “horse-view camera” series of shots. Shea and Robert attached a GoPro to the saddle of one of the horses as it traversed the canyons. Logging the footage was a bit hypnotic (It was a long trek!), but I eventually found a clip that worked beautifully in slow motion. The GoPro recorded full HD at 60 frames-per-second, which made for silky smooth slowmo in our 30 fps timeline. 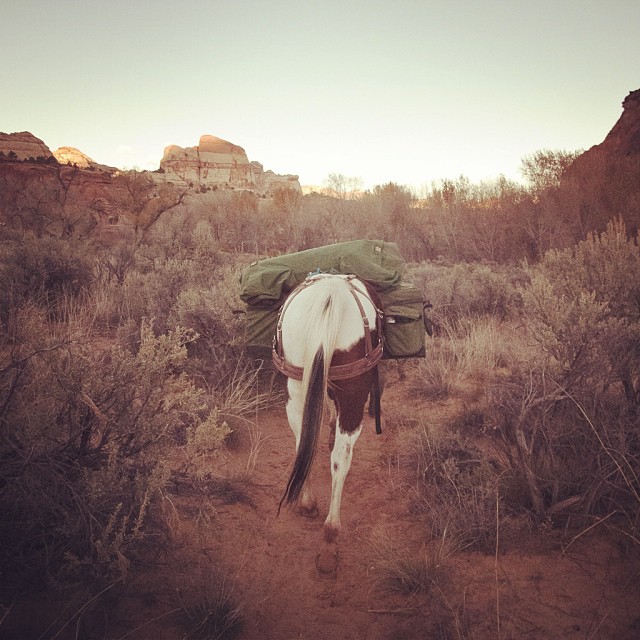 Robert: If you could go back, what would you capture differently?

Dax: Shea mounted his Canon 5D Mark III on a slider for a number of shots. The best of these shots were breathtaking, and for that reason I’m very happy that he chose to include a slider on the equipment list. However, there were some attempts to use the slider to capture the mountainous landscapes that just didn’t come together under the circumstances. It was clear from the number of takes (and words of frustration behind the camera), that the slider was very difficult to set up and operate on uneven terrain. In several of those cases, I thought a simple slow pan or tilt would have better captured the vastness of distant mountains, even if the slider had been working perfectly. Sometimes, all you need is a good old fasioned tri-pod! Of course, that’s probably not what the boys want to hear after they lugged the slider through the canyons and to the mountain tops of Utah! 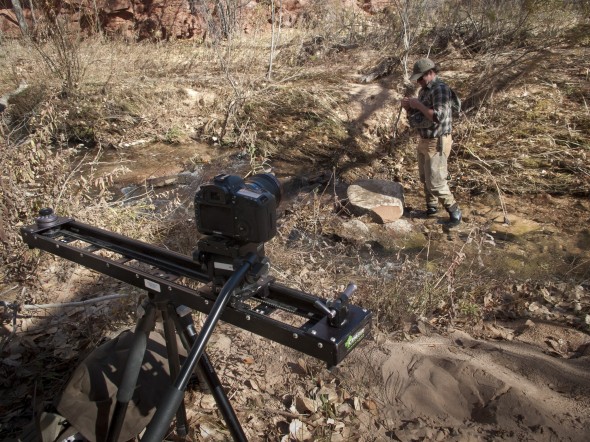 Robert: How did the edit come together? Were there lots of pieces left on the cutting room floor?

Dax: The edit came together smoothly. After logging the footage from the 6 shooting days, I was confident that I had plenty of exceptional material to work with.

I began with the foundation of the piece, which was the interview with Linda Whitham. This served as a voice over for much of the video. Linda did a wonderful job. She was mildly nervous, as one would expect, but once she got rolling, she was passionate and articulate. I began by selecting the clearest and most poignant statements and then chained them together in a logical and, hopefully, compelling narrative, using b-roll to hide many of the cuts.

And that’s where the fun began. When it came time to drop in the b-roll, I found that Shea had provided a wide variety of gorgeous shots for every segment of the video.

There were a handful of excellent interviews with other subjects to expand upon Linda’s points. However, if there was one category of clip that was consistently left on the cutting room floor, it was a series of interviews with crew members. Audio was a challenge, and in many cases, the information was superfluous. Maybe to be a bit too honest, college volunteers, while doing superb work for the Escalante River Watershed Partnership, just aren’t the best spokespeople….

Finally, there were the transitions. If there is something I’m constantly scanning for when I log footage, it’s shots that can serve as natural transitions, and for this piece, footage from the GoPro was crucial in that regard. Of course most of the “phantom ride” footage from the hood of the truck didn’t make it in simply because there were hours and hours of it! But it’s always, always, better to have more than you need. The airplane POV, the horseback POV, and underwater POV from the GoPro really tied the 5D shots together. 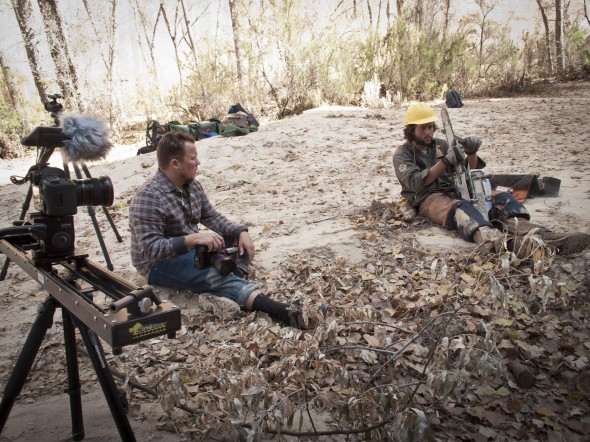 Dax: Glad you asked. I would like to thank Chris Crisman for giving me the opportunity to work on this project. I look forward to seeing the still photographs that that were at the heart of this project. Your work never disappoints! 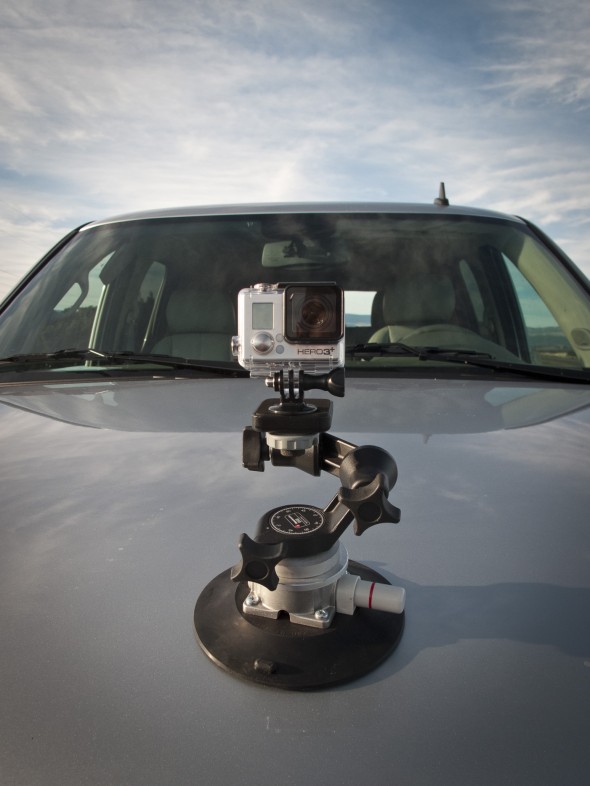 2 comments on “Nature Conservancy: Restoring the Escalante River (Interview with the editor)”
Leave a Comment