This list is a follow-up to my post regarding my CS5.5 gripes and feature requests, which drew a fair amount of attention from both current Adobe Premiere users and abandoned Final Cut Pro users looking for alternatives.

We now know that the next version of Premiere Pro will be Adobe Premiere Pro CC. It looks awesome. I’m certain I will have remaining gripes (lack of background rendering chief among them), but I look forward to listing the many items that Adobe has successfully addressed. I was already convinced that the Adobe engineers used my previous list as blueprint for CS6. Now I’m pretty sure they used this one for CC! I’m still waiting for my check, Adobe, but I love that you’re listening!

Adobe has begun previewing the next version of Premiere ahead of the official debut at NAB 2013, which opens in Las Vegas tomorrow, April 6th.

I still don’t know what to call it (Next? CS6.5? CS7?), but I am extremely impressed by what I have seen so far. It looks like I will be crossing quite of few major items off of my list! I am particularly excited about the simplification of track patching and overall improvements to the timeline.

Once I get my hands on the actual software (release date unknown), I will post a new article tracking each and every change in reference to my list.

In the mean time, for more information about Adobe Premiere Pro Next, this is the most comprehensive roundup I have found so far:

An early look at the next version of Adobe Premiere Pro 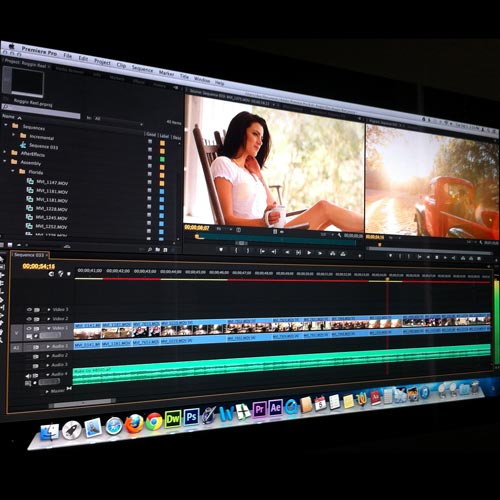 I have been a Final Cut Pro user for more than 10 years (starting with version 1.2 on a 500 MHz G4), and Final Cut Pro X was a huge disappointment. It remains fundamentally flawed. I still feel that Final Cut Pro X sucks for professional use (Events? Really?), although I have no doubt that it will continue to improve.

I have been using Adobe Premiere regularly now for about 10 months on a variety of projects. I have been impressed by overall performance. Premiere is not Apple-slick, but the latest version is, in most respects, more advanced than FCP7 and superior to FCPX.

CS6 brought considerable upgrades to CS5.5. Adobe addressed a surprising number of my gripes. They are clearly catering to the FCP expats, as well they should. There is a reason that Final Cut gained the user base and prestige that it did, while Premiere languished for years. (If you tried Premiere back in the day, you’ll remember that it was terrible in comparison to Final Cut Pro.)

In stark contrast to Apple, the Adobe Premiere Pro team actively seeks feedback from their users, and they seem to be really listening. Adobe staff members are accessible and even participate in the forums.

Overall, I would recommend that disgruntled Final Cut Pro users make the jump to Adobe Premiere Pro. It’s a 64-bit, cross-platform NLE that’s Closer to “Final Cut Pro 8” than Final Cut Pro X. It integrates with AfterEffects and the rest of the Creative Suite in ways that no other editing application can match, and with the introduction of Creative Cloud service, it’s easy to stay up to date with the latest software.

Having said that…Adobe has a long way to go before I’ll feel safe giving it my unqualified endorsement. Despite surpassing the venerable (and sorely outdated) FCP7 in many ways, Premiere Pro CS6 is not nearly as stable on a Mac as any version of Final Cut, and it retains a disappointing number of flaws that will continue to cause former FCP users to tear their hair out.

Software usability, when you rely on it every day, comes down to the nitty gritty. So here is my long, updated list of gripes, wishes, and personal preferences. Please keep in my mind that this is not a comprehensive review. It is just a list of negatives. My list of positives would be longer, but my concern right now is how to improve the next major release. (Presumably that will be Adobe Premiere Pro CS6.5, but possibly Adobe Premiere Pro CS7, if they change up their release philosophy again).

The order of this list does not necessarily represent priority, although I put some of the more important feature requests and complaints towards the top.

If you’ve made it this far, you are a warrior! Please add your thoughts on Adobe Premiere Pro to the discussion, and let’s hope CS6.5 is another major update!