This is the third in my series of lists detailing my gripes and wishes for Adobe Premiere Pro. To see the previous list and a record of the items that got checked off the list with the original release of CC, take a look at the Adobe Premiere Pro CS6 to CC Scorecard, which I will also continue to update with each CC update.

The list portion of this post is current through Premiere Pro CC 2014.1 (8.1). I have placed check marks and notes next to items that have been fixed since the initial release of CC.

My path to Premiere Pro CC 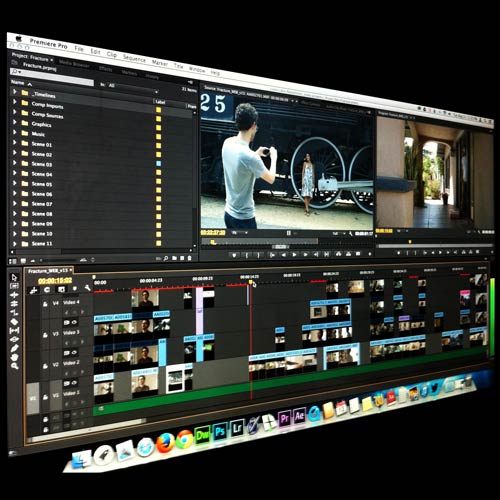 Premiere Pro has come a long way in a few years,
but it still needs some major improvements.

I switched from Apple Final Cut Pro (versions 1 through 7) to Adobe Premiere Pro as my primary NLE in 2012. Since then, Premiere Pro has improved by leaps and bounds. Yet, it remains stubbornly rough around the edges and is, to quote C-3PO, “not entirely stable.”

With CS6 and the first release of CC, Adobe was playing catch-up rather than leading in innovation (which makes you wonder what they were doing all those years), but as a daily user of many Adobe apps, I remain optimistic that Adobe will continue to make my Creative Cloud subscription worthwhile.

In all matters of life and non-linear editors, it’s easy to harp on the negatives, and I tend to be particularly sensitive to minor irritations, as well as major shortcomings, in the applications I use the most. So let me start by saying, simply, that Adobe Premiere Pro CC is an amazing piece of software.

As much as I adored Final Cut Pro from the first time I launched version 1 on my 500Mhz G4 all the way through FCP7, I no longer miss it. In fact, I don’t like when I have to go back to it now that I’ve been working in Premiere Pro for the last 2 years.

If had to name one stand-out feature, Premiere’s ability to work natively with just about every major codec is awesome. However, I’m not going to spend time talking about all the things that Premiere does right. I’ll leave that to the reviewers of major publications who play with the software for a few days and then rephrase Adobe’s press releases.

Premiere Pro CC is the 13th major release of Adobe Premiere, with many minor updates in between. So it’s a little disconcerting that the program is still buggy, still lacks attention to detail in the interface (by Mac OS standards), and is still playing catch-up to Apple and Avid in many ways.

A more forgiving take, however, is that Adobe has improved Premiere Pro exponentially since Apple handed them a gift-wrapped opportunity to fill the void of the missing Final Cut Pro 8.

I’m really rooting for Premiere Pro. I chose it over Final Cut Pro X for numerous reasons, and I’ve been paying for Creative Cloud since it’s introduction. FCPX is innovative and sexy, but it’s still version 1, as far as I’m concerned, and it has many super frustrating attributes that remain deal-breakers for me. I expect that a lot of those flaws will get addressed in version 10.1, but Apple’s lack of engagement with the professional community is also annoying. I don’t want to go crawling back. But what I first took to be great progress with Premiere, now seems like a long slog. I hope the CC updates come as rapidly as promised and introduce fewer bugs than previous updates.